No such thing as too much free time

(Cross-posted from Animereel) It's April, and the new anime season has begun. (Although, due to the continuing effects of the earthquake, several shows from the last season have not yet aired their conclusions.) Since there are so many new shows starting up this month, I decided to break up the "first looks" post into pieces. So here we go.

Dog Days kicked off the season with a bang. Tsuzuki Masaki (writer), Kusakawa Keizou (director), and Seven Arcs (animation production) from the Magical Girl Lyrical Nanoha series and movie teamed up with a first-rate voice cast for this highly-anticipated show. The opening song is done by one of Dom's favorite singers, the character designs and art are strong, and all the pieces look to be in place. It remains to be seen if Tsuzuki and Kusakawa can tell a compelling story or if this just becomes an eye candy fluff piece. 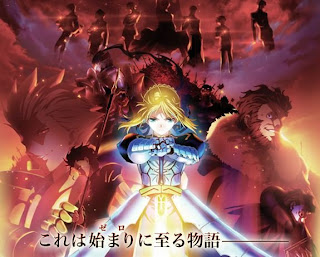 I try to get out, but they keep pulling me back in.
Posted by Seiya at 11:27 AM No comments:

Fear for my life. I got Idolmaster 2 yesterday. No time to post pictures or anything... must... produce... idols...
Posted by Seiya at 6:57 PM No comments:

IS Poll: How long before Laura falls for Ichika?

Afterschool Pleiades (放課後のプレアデス) is a short streaming-only anime produced by Gainax and sponsored by the car company Subaru (Subaru is the Japanese name for the constellation Pleiades). By "short" I mean the whole series is less than 30 minutes long, spread out over 4 episodes.
The character designs are very cute, the voice acting is pretty good, and the animation is pretty top-notch considering the medium.
On the other hand, due to its length (or lack thereof) there's almost no characterization, and so they rely heavily on genre familiarity to move the story along. No time for explanations, this is the way things are and you can fill in the detail in your own imagination. Or wait until there's a sequel, I guess.
Afterschool Pleiades is up on Youtube now; links after the jump.
Read more »
Posted by Seiya at 1:57 PM No comments:

So I downloaded and played the demo, and I have to say: wow. This is a piece of work. Here's a video created by a Japanese blogger containing the first stage of the game as presented in the demo:

The idea is, you are a regular schoolboy named Tenzou. By mistake, a trainee cupid named Patako (who sounds suspiciously like Tamura Yukari) hits you with 16 love arrows, making you totally irresistable to regular girls. (This was your day to be hit by a single arrow, allowing you your "day of being popular" but she screwed up and overdosed.)
Read more »
Posted by Seiya at 1:55 PM No comments:

Seiya
Anime fan since the 90s, lived in Japan, now living in the USA. Likes games and cute and cool things.